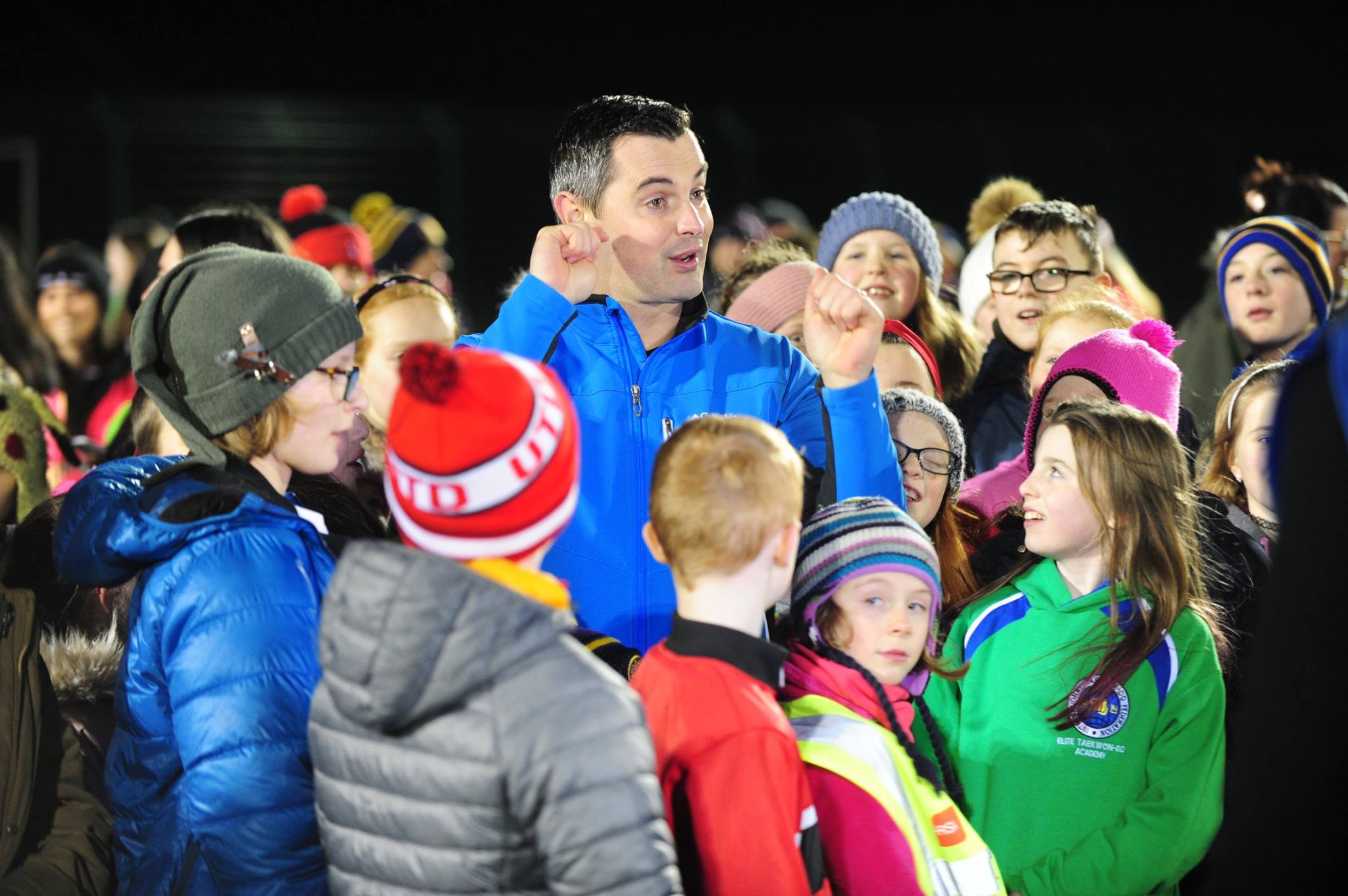 Filming for the last set of ad break challenges for Operation Transformation 2019 will take place Sunday 17th February at 5pm on the all-weather pitch beside Bremore Castle.  As this is the final ad break challenge, organisers are hoping to attract the biggest crowd yet.

The locals of Balbriggan took to the ad-break challenge this season like a duck to water, with each event bigger than the last. Led by fitness guru Karl Henry, the crowds got up and moving, motivating those at home watching from their couches each week.

From nationwide walks, challenging 5ks, and even a Weigh Your Age campaign, Operation Transformation has done its job in getting Ireland moving again.

Today, we’re taking a look back at some of the best moments of the Balbriggan ad-break challenges, keep an eye out on the videos and pictures below, you may spot yourself or someone you know!

Bremore Castle in all its glory

Who can deny the stunning location of the ad-break challenge! Set on the astro pitch beside Bremore Castle, the castle often took centre stage during filming of Operation Transformation.

Built in the 16th century, the castle was home to the Barnewell family. As time wore on the castle fell into disrepair, however, thanks to the work of Fingal County Council, the castle is being restored.

Week one of Operation Transformation kicked off to a great start with the whole nation tuning in to watch the new leaders of 2019. A call was put out to Balbriggan for participants in the first ad-break challenge and they did not disappoint!

Karl wasted no time getting those heart rates up, with a solid three minutes of jumping jacks. The blood was definitely pumping after this ad-break challenge and set the precedent for weeks to come!

Those jumping jacks for 3 whole minutes. If you manage that you’re a legend. Trust me I know! #AdBreakChallenge #operationtransformation 😴😴😴

A hop, skip and jump!

Last week saw the crowds hop, skip and jump towards a healthier Balbriggan! Despite the cold weather, they jump-roped for the entire duration of the commercial break. This was the biggest crowd yet to gather at Bremore Park. Together, with backs straight, feet together and imaginary skipping rope in hand, the whole crowd skipped in unison!

We’ve had some very memorable ad-break challenges but who could forget fitman Karl’s makeup malfunction back in the New Year! The poor PT had viewers in stitches when he forgot to remove his studio face, and appeared out under the astro lights of Bremore Castle looking like an oompa-loompa in a tracksuit!

Getting the nation squatting

This one garnered a lot of reaction from viewers, with a lot of laughs and some wobbly legs the following day, no doubt!

Sit up and pay attention!

Each week Karl and the crew annihilated the entire crowd with a series of tough exercises to get everyone up and moving on a cold winter’s night. Another popular challenge was the sit-up, which had the Balbriggan crowd flat on their back from exhaustion! Viewers at home thought they were getting away lightly, but looks can be deceiving! This challenge was tougher than it looked and had everyone at home sweating during the ad-break.

Karl will be doing his thing again this weekend, guiding participants through the exercises and getting people moving. Kick-off is at 5pm and will run for approximately one hour, and don’t forget comfortable workout clothes, suitable for a February evening!

Parking is available in the carpark at the front of Bremore Castle just off the R132 and at O’Dwyers GAA Club on Hamlet lane.

This week, Operation Transformation are predominantly looking for adults (young and old) so get your gear on and join in for the final ad-break challenge of the 2019 series!

Although Operation Transformation is soon ending, that doesn’t mean you have to. Enjoy a walk along the Balbriggan coastline, and enjoy the upgraded work done on the hedges and walkways by Fingal County Council. There are also beautiful new wildlife signage to appreciate, with information on points of interest in the area.