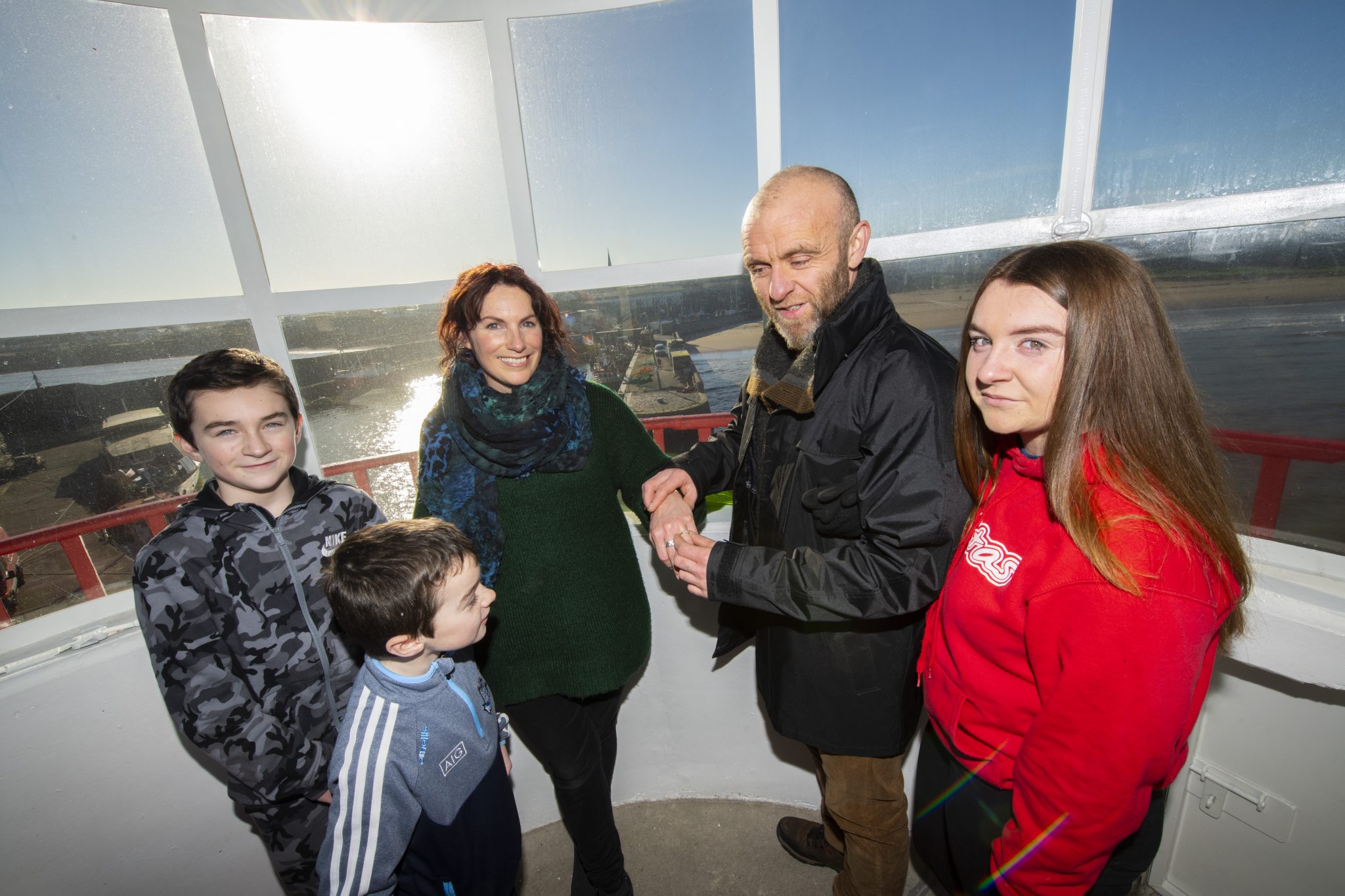 Love was in the air in Balbriggan when local man Mark Kealy shocked his partner Aislinn with a beautiful surprise proposal recently at the Balbriggan Lighthouse.

Mark was absolutely thrilled to receive a big “Yes” from Aislinn, as he got down on one knee in the Lighthouse.

Mark popped the question in the lovingly restored glass dome of the Lighthouse, which was kindly facilitated by Fingal County Council.

The lighthouse was originally built in 1769, illuminating the length of the East Ireland Coastline.

By 1860 it ceased to be a sea light and subsequently the glass was removed along with the brass dome. It was restored to its former glory by Fingal County Council in 2017.

The future is also set to be very bright in Balbriggan, with the news of the transformation of the Main Street, Quay Street, Viaduct.

Harbour area and a swimming pool, all on the horizon, for our town. Our Balbriggan wishes Mark, Aislinn and family every good wish for their future also.