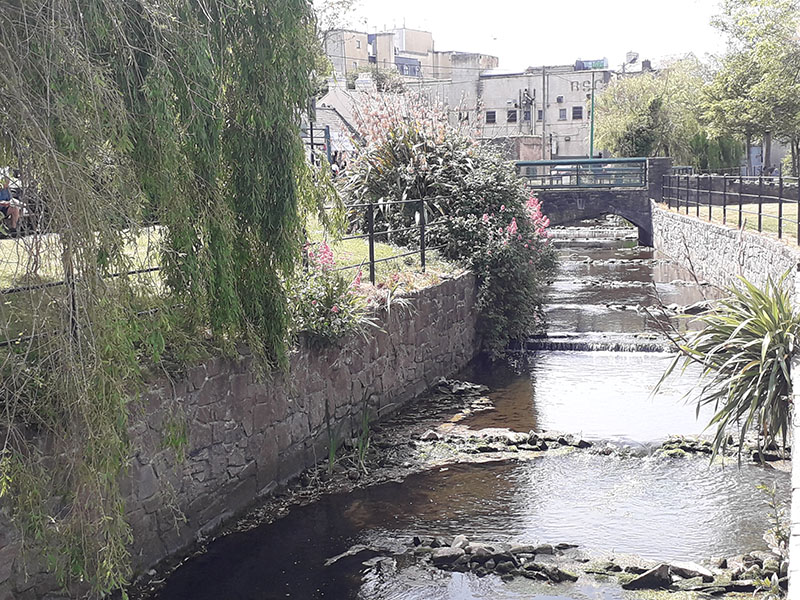 Balbriggan residents have a chance to share memories of the Bracken River thanks to a unique new oral history project.

In partnership with Fingal County Council and the Local Authority Waters Programme (LAWPRO), Balbriggan Tidy Towns will create a history of the river through the recollections of people who have used it.

For the month of July, locals are being encouraged to record their memories and anecdotes of the river on video.

The oral history project will encompass the Bracken – also known as the Matt – and its surrounding streams.

The Bracken is an important part of Balbriggan’s industrial history as it powered the local cotton mill.

“We would love to hear stories of how people used the river in the past,” said Terry O’Reilly, Secretary of Balbriggan Tidy Towns.

“They may have worked on the river, fished or swam there, or hold other memories which might have been passed down to them.

“Leo Tolstoy noted that ‘rivers are places that renew our spirit, connect us with our past, and link us directly with the flow and rhythm of the natural world.’

“We think this project, supplementing the work of our Tidy Towns volunteers, is a wonderful opportunity for Balbriggan people to reflect on and celebrate the importance of the ecosystem of the Bracken for our community, past and present.”

The project forms part of number 16 of the 20 things to do in the first 12 months in the Our Balbriggan Rejuvenation Plan, consulting on a biodiversity scheme for Balbriggan as a model of excellence.

The videos will form part of an event to celebrate the heritage of the Bracken.

“Balbriggan Tidy Towns is very excited to join with Fingal County Council and LAWPRO in establishing this oral history project on the Bracken,” said Terry.

To record memories of the river, go to Balbriggan.social/video  or email tcarolan@lawaters.ie before July 31. 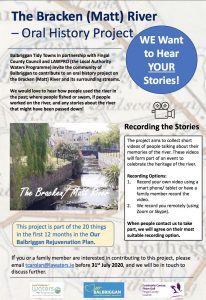