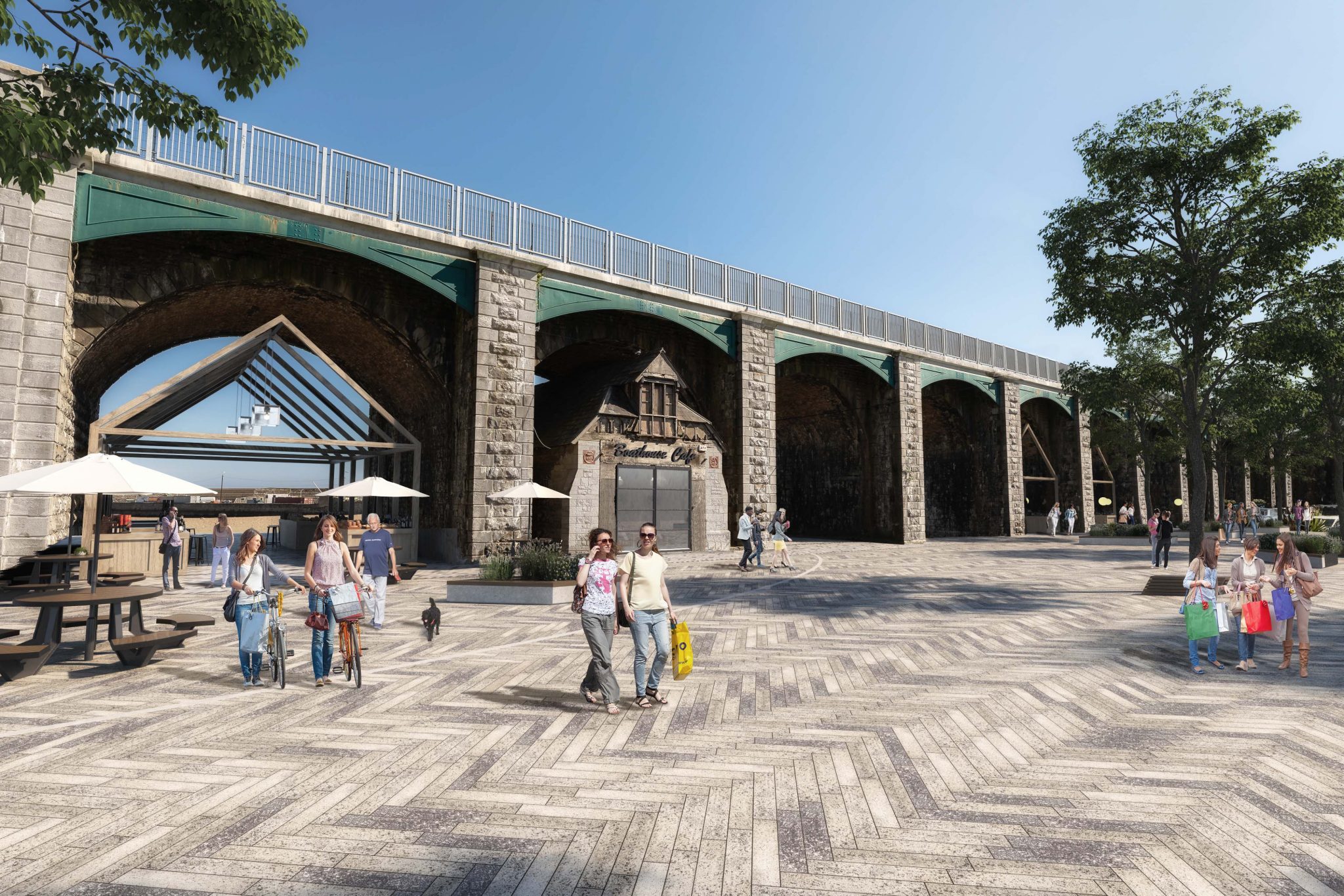 The future of Balbriggan is set to be transformed thanks to a plan that has been shaped by the residents of Ireland’s youngest town.

Main Street and its surrounding areas look set for a massive transformation following the results of the Our Balbriggan survey, which was taken by over 4,000 local people.

25% of the local population aged over 11 took part in the survey to prioritise a list of suggested improvements for the Our Balbriggan 2019-2025 Rejuvenation Plan.

A Balbriggan Leadership Group, chaired by Professor Brian MacCraith, President, Dublin City University, had prepared a menu of different initiatives for the €20million-plus rejuvenation plan – an ambitious new vision for the town.

From a menu of potential improvements, transforming the Main Street and connecting it to a reimagined Harbour area were the top choices across all age groups in the public realm and placemaking pillar of a survey which will become a model for towns around the country.

Within the next four years, the heart of Main Street will be redeveloped, repurposing existing derelict buildings and improving access to the Bracken River, landscaped green areas, water features, pathways and an event space.

Balbriggan’s Harbour area will be reimagined as a leisure destination which makes the most of its scenic location adjacent to the town beach, attracting visitors, walkers and diners.

It will connect with a rejuvenated Quay Street which will feature a linear park along the bank of the river before joining up with Main Street and a quality civic and meeting space.

A Bremore Regional Amenity Park will feature walkways and world-class play facilities and will include a restoration of the Martello Tower, Boathouse and public bath area.

Within five years, a Balbriggan to Skerries Greenway will be developed, initially focused on connecting Ardgillan and Bremore Castles, but eventually extending from Gormanstown to Skerries.

“We now have a strong set of priorities which will transform the town, realising its full potential.

“Balbriggan as a community has come together with the group of stakeholders, led by Fingal County Council, to engage in a collaborative and unified way to prioritise the ideas which will best address the socio economic challenges of the town.

“When asked to name the thing that people most valued about Balbriggan, the five most popular words used were beach, community, people, sea and harbour.

“By connecting all of these, and creating a properly functioning town centre, we can build a bright future in a town with fabulous assets and a diverse and rapidly-growing talent base.”

In order to create a strong and inclusive community in Balbriggan, social spaces for young people to congregate, increased safety and policing, festivals and events to promote integration, and more sports facilities were seen as the four most important factors.

“There is absolutely no doubt in my mind that in the not too distant future, Balbriggan will become more widely known again as a fantastic place to live, work and do business,” said Paul Reid, Chief Executive, Fingal County Council.

“The resources, both human and financial have been allocated, and the last remaining piece required is the implementation of the Our Balbriggan plan.”

The process has created thriving Our Balbriggan social media channels, a new hub site balbriggan.ie and people are now posting about their town using #ourbalbriggan.